"When you were born you cried and the world rejoiced. Live your life so that when you die, the world cries and you rejoice." ~ Cherokee 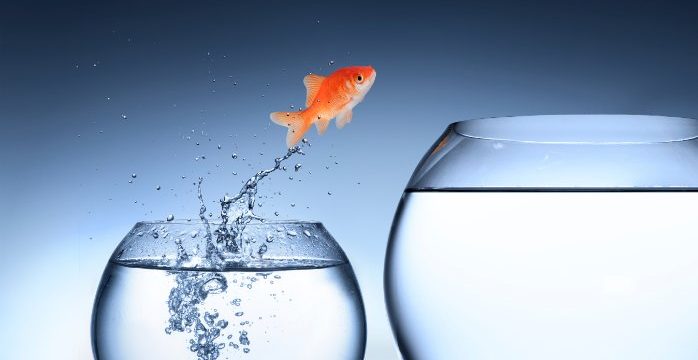 par·a·digm shift:  An important change that happens when the usual way of thinking about or doing something is replaced by a new and different way.

A few weeks ago I was in a conversation with a high school youth I am mentoring who is already an advanced student of public policy. He remarked that we clearly are in a paradigm shift in politics. He went on to point out that the majority of people are hanging on to political labels and parties that are already obsolete, trading insults about competing ideologies that are now irrelevant. Right vs. Left. Conservative vs. Liberal. Republican vs. Democrat. He said that if anything became clear in this last political election, it is that the majority of the population is fed up with the establishment.

Change is the Only Constant in Life

As the Greek philosopher Heraclitus wrote, “Change is the only constant in life.” And yet we seem hardwired to resist change. We fight it, we deny it and we argue about it. All the while, the world changes whether we like it or not.

With change comes fear. Is different going to be better?  Will it benefit me? Where will I fit in? Of course we can adapt. But only if we are willing. We can’t look to the past to create the future.  Of course we can learn from the past, however we create future from possibility, not history.

Every president in my adult life has participated in a political system that panders to what people want to hear while partnering with special interests fueled by money and power.  The same is true for both major political parties. Yet they speak their policy positions as if they benefit the average person. The political system and policies on the left or right as we know them have very little to do with representing the vast majority of our citizens.

A Princeton Study published in 2014 found that the majority of the American public has a “minuscule, near-zero, statistically non-significant impact upon public policy.” The study shows that the U.S. is no longer a democracy, but an oligarchy.

The last election was the turning point.  The best proof that the current two party system is dead is that it produced the two major candidates it did out of 318 million people. So most people made their choice based on, “I don’t want this, so I am voting for that.”

So we are left with that – and even before the next administration begins we hear of promises that will not be kept by the next president and proposed policies that are certain to further negatively impact vulnerable, retired and working class Americans. And one inane tweet after another fuels a burning fire that is raging in a divided America, is energizing lunatic fringe groups and alarming global leaders.

The Political System has Failed

We can’t bring prosperity for the middle class with policies that never favored them. It is not going to trickle down this time either. We can’t lift up the lower class by continuing to do more of the same.  And make no mistake that if the election turned out differently, at best it would have been more of the same. Her lofty promises were not going to be kept either and those policies would have done nothing for middle or lower income Americans. How long can we go down the same two political roads and not see that reality? Neither party represents nearly all of the country.

And yet we still argue Republican vs. Democrat. Even though neither has helped nearly 80% of our society for the last 33 years. We point fingers at each other and hurl insults of stupid, lazy and greedy. The work I have done with Dreams for Kids for 3 decades has proven to me that the vast majority of people don’t want a handout, they want a hand up. They want opportunity. The majority of wealthy Americans are not greedy. Most of them contribute towards the greater good and they are entitled to the wealth they have earned. Rural Americans deserve better than the same old lies. The jobs are not coming back. We need to create new ones. We need to revitalize communities and industry through innovation and education.

Our government has failed us. Our elected officials have failed us. And now we insist on failing ourselves and our better nature.

Great leaders inspire solutions and bring people together. They speak honestly and present the hard truths. A great government is one that is for the people, by the people. We don’t have either right now.

If we continue to blame ourselves, vote the same way, and debate the same old arguments, we will continue to get the same old results. And we can’t take much more. We need to recognize the paradigm shift. It is staring us right in the face. It has already occurred. Let’s stop arguing and insulting each other. Let’s begin to listen first, learn more, and understand our shared humanity and our common challenges.

Above all, let’s unite behind a new political reality, and a new party.